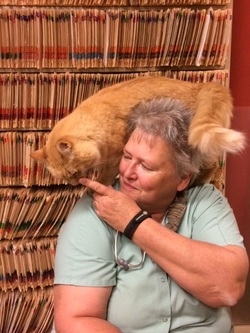 Dr. Bausch joined our practice in 2004.  She grew up in rural Kansas and comes from a long and proud line of farmers and ranchers.  Dr. Bausch had a first career prior to Veterinary medicine working with the human side of things with disabled adults, then as a medical social worker, and last as a nursing home administrator.  Veterinary medicine was always her first calling, so when the opportunity presented to return to school, she didn't pass up the chance. Dr. Bausch received her Veterinary degree from Kansas State University receiving a broad education in small and large animals.  While in school, she was selected to participate in a National Institute of Health grant to expose veterinary students to the field of research.  She worked on a project investigating blood flood changes in Hypothyroid animals and published as first author on a study in 2002.  She also worked in the Rabies lab at Kansas on programs that allow well-vaccinated animals to travel with their owners to other countries.
Dr. Bausch enjoys all aspects of veterinary medicine including internal medicine, diagnostics, as well as soft tissue and orthopedic surgery.  Since graduating, she has obtained additional training in repairing torn cruciate ligaments in knees, reconstructive surgery to close large or disfiguring wounds, and has received advanced training in animal dentistry.  When not at work, Dr. Bausch enjoys gardening, hiking, fishing, and spending loads of time with her two cats and two dogs.  She is an active member of St. Andrews Episcopal church in Manitou Springs and works a number of volunteer projects through the church to serve the community, homeless individuals, and others in need. ​ 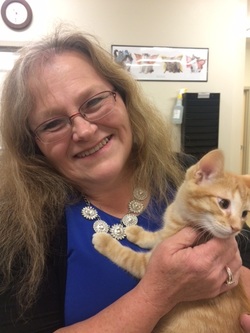 Dr. Severson grew up in rural Kansas surrounded by a large family with plenty of animals. She developed a passion for animals early on where she would save up her allowance to buy cat food for stray cats, rescue stray dogs and then hold impromptu dog shows and circus acts with her new found friends and siblings. One time she traded her tricycle for a baby robin that the neighbor kids hit out of a tree...needless to say mom wasn't too happy about that and ended up getting her tricycle back.
Dr. Severson graduated high school in 1980. After high school she completed certificate courses in equine science from Meredith Manor and worked on horse farms in the Midwest. In 1987 she moved to Breckenridge to be in the mountains where she held a assortment of jobs including house keeping, print gallery, fast food restaurants(yes Dr. Severson was once the friendly face of Dairy Queen) and a bakery where she was able to perfect her now hobby of baking and cake decorating.
After a divorce and a motorcycle accident Dr. Severson decided she wanted to pursue her lifetime passion of animals and go back to school in her mid thirties to be a vet. She received her B.S. in microbiology in 2004 from Colorado State University in Fort Collins and her D.V.M from Kansas State the same year. After graduation she practiced in Pueblo until starting at Bijou in June of 2016.
Dr. Severson is passionate about God, family and the human animal bond. She has taught therapeutic riding lessons in Salida where handicapped children discover the bond and love of horses. She enjoys the science of medicine but relates and understands the bond of humans and animals and the effects it has on both. She loves to dance, cook and bake, hike and be outdoors as well as fine arts. She lovingly shares her home with a long-haired chihuahua named Fancy and several special needs cats that take care of her. 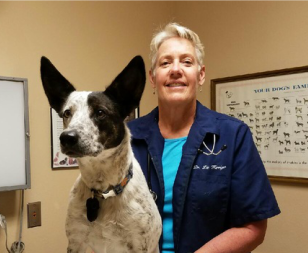 Dr. Harriger joined our practice in 2013. Growing up in Colorado Springs, she actively participated in 4-H clubs and Little Britches Rodeo. Veterinary medicine is the second career for Dr. Harriger. She was a secondary math and science teacher for 13 years. The highlight of her teaching career was spending 2 years teaching high school in rural Kenya.
​                         Dr. Harriger received her veterinary degree from Colorado State University in 1999. While in vet school she worked four years on a groundbreaking menopause research project, utilizing menopausal ewes. Initially, after graduating, she worked in a large mixed animal practice in Parker but eventually realized her real love was small animal internal medicine. Dr. Harriger currently lives in Black Forest with her Australian    Shepard Shiner,  and her Australian Cattle Dog, Nesta.   All enjoy hiking ,swimming snowshoeing and competing in dog sports like agility, flyball and dock diving. 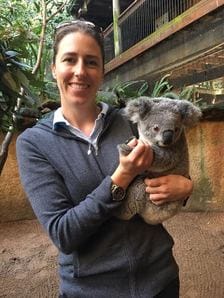 ​Dr. Meyer joined the Bijou Animal Hospital team in January of 2017. She is a Colorado native having grown up  on the western slope in Grand Junction. Dr. Meyer and her husband’s love for adventure and travel led them to Australia where she graduated veterinary school from the University of Sydney. The best part of studying in Australia was working with the native animals, in particular echnidas and wombats. Dr. Meyer and her husband, Andy,  will miss the Aussie slang, white sand beaches and stunning views of the Sydney harbor but are thrilled to be back in Colorado and closer to family.
In her free time Dr. Meyer enjoys hiking, running, skiing, traveling and hanging out with her Queensland  Heeler named Tildie, Quincy, her Golden retriever, and her cats Batlynn and Batman.  Her most recent joys and absolute loves of her life is her two daughters Claire, and Elizabeth! 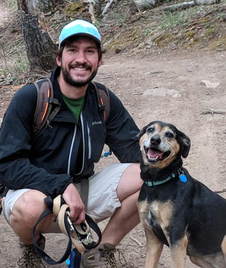 Dr. Busby came to Colorado from New Orleans, LA. He pursued his passion for veterinary medicine at Louisiana State University School of Veterinary Medicine. He finished a small animal rotating internship in Charlotte, NC. and he has an interest in small animal medicine and exotics. When Dr. Busby is not at work, he loves fishing, hiking, scuba diving, and kayaking, among other outdoor activities. Outdoors is where he loves to be. He came to Bijou Animal Hospital from Veterinary Hospital Associates in Pueblo where he worked for two years.  Before coming to Colorado he practiced mixed animal and exotic medicine in Southern Louisiana. He has two dogs, Coceaux and Rocky that enjoy the Colorado hiking as much as he does.

Dr. Curtis was born and grew up in Marblehead, Massachusetts. She went to Lewis and Clark Collège and graduated Magna Cum Laude with a BA in Fine Arts and International Relations. After that she spent a year in Iran studying language and the local political scene. Dr. Curtis went on to study Arabic at UC Berkeley while working at Lawrence Berkeley Labs in cancer research. She received a MA in Law and Diplomacy from the Fletcher School of Law and Diplomacy at Tufts University where she was heavily recruited by The National Security Agency, however she knew that was not her calling so decided to work as a contractor for the U.S. Agency for International Development. There she worked on international health programs in Africa, The Middle East, and South America. Knowing veterinary medicine was her true calling, she transitioned, and graduated with
a dual Veterinary Medicine degree from Oregon State University and Washington State University. She was awarded an
internship with the USDA-APHIS in Washington D.C. and studied a short course in Foreign Disease at Plum Island, N.Y. She worked 8 years in a mixed animal practice in Washington with special interest in llamas and alpacas. Dr. Curtis moved to Colorado in 2002 where she worked as a relief veterinarian as well as worked 10 years with the Department of Defense and
Fort Carson Veterinary treatment facility. There she worked with the Military Working Dogs, Cavalry, as well as privately
​owned animals. Her relief worked brought her to Bijou Animal Hospital. Dr. Curtis did relief work for us for several years until we eventually convinced her to stay in 2020. She started with Newfoundland dogs in 1987 where she worked with champion show dogs as well as working dogs in water rescue, draft, and obedience.  She herself has been breeding nationally ranked show Newfoundland's for over 25 years.
In her younger years she was a nationally and Internationally ranked bicycle racer in sprint and velodrome. She was a competitive cross-country skier as well as did amateur speed skating. Now days her time consists of her beautiful Newfies and relaxing in the hot tub when possible. 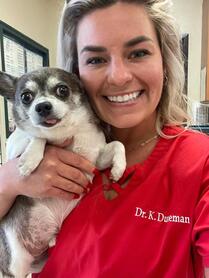 Dr. Duneman is originally from St. Louis Missouri. She graduated from the University of Missouri with a Bachelors of Animal Sciences, Masters of Public Health, and Doctorate of Veterinary Medicine. Before moving to Colorado Springs, Dr. Duneman practiced in Las Vegas for 4 years. She started with Bijou Animal Hospital in fall of 2022. Dr. Duneman's professional interests are reproduction, neonatology, and giant breed dogs.
In her free time she enjoys horseback riding, traveling, live music and days at the beach.  She gets her traveling and beach days in by visiting her family and meeting up in Florida. She shares her home with 3 Great Danes, Axel ,Lennie, and Nana, an Old English Sheepdog, Winter, a Golden Retriever named Cooper, and two Siamese cats named Chip and Dale. 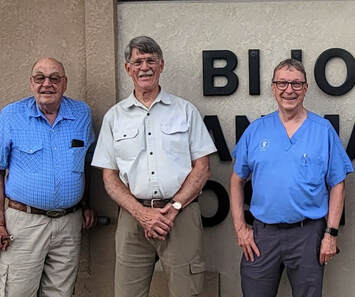